We selected Pure Energy Windows to replace 59 Windows, a Sliding Door and Front Door. The windows look amazing. Everyone we dealt with...

Love our new bay window! The crew worked great as a team, even in the cold (February) makes our house look so much...

Thank you for doing a great job on installing our new windows in our home. Your professionalism and caring attitude made this a...

We replaced all 18 windows in our condo with Pure Energy Windows. Our windows were installed November 2016 and we experienced a 30% reduction…

We decided to hire Pure Energy to replace all 11 of our windows back in January of 2016. We have had our new windows…

I would give a 5 star rating to Pure Energy. The installation was on time and without any problems. The windows are the best…

We decided to hire Pure Energy to replace all 11 of our windows back in January of 2016. We have had our new windows…

Highly recommended! Pure Energy replaced all 11 windows of our windows in one day! The installation crew was efficient and very attentive to detail.… 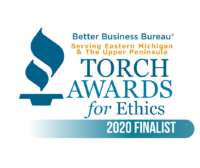 Saving You More Energy With 3 Panes of Glass